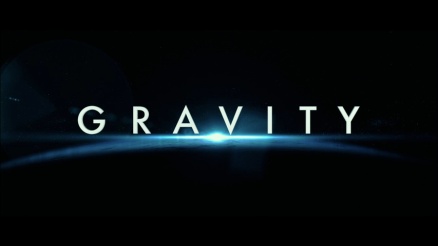 Last night I finally got to feast my eyes upon what I think was the most visually striking movie of 2013. As soon as the film started I instantly fell in love with the visuals! I have never seen anything like this in my life! During the opening scene I genuinely felt like I was floating around in space, it was a very unnatural feeling, the feeling that you are not in control of your own movements. The opening 18 minutes of the movie have been known to give a lot of viewers motion sickness and I can understand why, but don’t let that put you off in the slightest after about 5 or so minutes your eyes kind of adjust to it and you get use to just floating around. In a way it felt very relaxing. Just you the Earth and the conversation between the astronauts over their radios.

The movie is centred around two characters Ryan Stone (Sandra Bullock) and Mike Kowalski (George Clooney). Dr Ryan is a medical engineer and this is her first shuttle mission and veteran Mike’s last as he is retiring after the mission is complete. Starting out as a routine space walk, disaster quickly arises as the shuttle they are working on is destroyed and leaves both Ryan an Mike completely alone attached only to each other and spiraling out of control into the darkness of space.

Both Sandra Bullock and George Clooney give amazing performances during the 91 minute feature. I honestly felt like I was trapped in space with them, there are some really emotional scenes which leave you in awe, I praise you Alfonso Cuarón for creating this immersing piece of cinema. Gravity is fantastic totally heart-involving and mentally engaging ! A must see movie! The story is completely original and again the visuals are simply gorgeous.

Thank you all for taking the time to read this post.